LDC Design Associates is an awesome team of talented people from all corners of the creative world.  Founded in 2010 by Lex Liang as a multi-disciplinary design and full-service creative production house, LDC Design Associates boasts a roster of exceptional collaborators who ensure all design, production, and management needs are met on every project, at the highest caliber.  Every member of our core team comes from a creative design background, but we’re more than just artists and designers:  We are engineers, producers, managers, and directors.  We are die-hard collaborators that don’t only make visually appealing creations that serve our clients’ needs, we’re well-seasoned problem-solvers that get it done, whatever “it” may be.  By working closely with some of the most interesting and exciting talent in mediums ranging from  scenic and production design to costume and fashion , furniture design and interior styling to architectural and multi-media design, LDC approaches each project with a unique perspective–one that draws upon the expertise of multiple different players from various creative fields to achieve a concept-driven, well-designed, cohesive product, no matter what the medium…and we totally love what we do.  How could we not?

Lex Liang, Principal – Born in California and trained at NYU, Lex has spent the last decade building an exciting career as a designer, stylist, producer, and project manager in nearly every branch of the creative world.  He’s an event producer and production designer, an interior stylist and a costume designer of the highest order.  A  production designer with an extensive background in theatrical scenic and costume design, Lex decided to use those skills and team up with others to take on projects of a different flavor.  It wasn’t long before his theatrical work was joined by interior design work, then followed by event design and production work, creating a massive taste explosion that he can’t get enough of.  As founder and principal of LDC Design Associates, Lex is able to quell his creative ADD by tending to multiple different projects in various mediums, while infusing them all with finely-tuned artistry and deft craftsmanship.  A multiple award-winning designer, he has been written up in most major publications from The New York Times to The LA Times, The Bangor Daily News to The Atlanta Journal Constitution.  Lex is a professional problem-solver who is often designing and managing several projects  across multiple state lines (he’s also a master navigator of a harrowing travel schedule), so he likes to relax by taking fast walks through crowded NYC streets whilst drinking (spiked) lemonade.  He also enjoys puppies, and playing his favorite sport, “how quickly can I get through airport security.”  Lex@LDCdesign.com

Sara Forney, Creative Director –  Hailing from our nation’s capital, Sara came to LDC Design Associates armed with degrees in Fine Arts and Arts Management from The College of Charleston.  She met Lex Liang 5 years ago on the film set of a basement murder scene while she was covered in paint and he was covered in fake blood.  A few dozen interiors, several large-scale events, and a couple of films later, they’re still creating everything from corporate event design to crazy art interiors together.  A lady who likes to keep busy, Sara also manages an impressive career as a celebrated prop stylist who’s work has received great acclaim throughout New York and abroad.  Her work on national and international add campaigns can be seen in publications ranging from Vogue and Marie Claire to InStyle and People.  On top of her enviable résumé, she’s a killer soccer player who can tear it up on a surf board, too.  When she’s not mixing concrete or making Lex crazy by adjusting things no one will ever notice, Sara likes wearing sunglasses and brass-knuckles while drinking snotty craft beers (though she’s been known to down a few PBRs…and not for ironic reasons).

Travis Boatright, Sr. Associate & Graphics Manager – A Southerner by birth and a New Yorker at heart, Travis is an award-winning costume and clothing designer who’s theatre and film work has been enjoyed across the country.  An honors graduate from NYU, she’s also a costume historian with an extensive background as a special effects and fashion makeup artist.  While her artistic abilities are ridiculously well-honed, she’s also a graphics guru who imparts her meticulous eye to all of LDC’s project renderings.  As the creator of the Shaggle Puppets shown at TEDx and SXSW, as well as the designer of Affectiva’s Q™ Sensor wrist strap, Travis’ internationally recognized work often blends super-smart technology and engineering with very pretty presentation (www.TravisBoatrightDesign.com).  The New York Times calls her a “tour-de-force”, but we just call her “fancy.”  Travis speaks 5 languages, even if she’s not slamming back flaming B-52s (fancy).

Gabriella Somoza, Accounts Manager – Our native New Yorker, Gabriella keeps all of us in check.  She’s a graduate in Economics from Carnegie Mellon who has a penchant for well-executed, good design.  Prior to hopping on the LDC train, her background experience included various projects in the financial and engineering sector.  Notably, she spear-headed the development of a multi-million dollar solar energy agreement in the United States and Europe.  At LDC, she manages accounts that vary from custom wedding dress designs, to large-scale special events.  Not quite solar energy, but more aesthetically pleasing.  She’s a member of the Susan Schiffer Stautberg Leadership Fellows, as well as the French Culinary Institute, where she became an accomplished chef.  As if this wasn’t impressive enough, she’s also got a knack for design…though toilet-paper tube-tops don’t quite meet our dress code. Yet.  Gabriella@LDCdesign.com

Kaye Johnson, Lead Events Producer – Kaye represents the South Carolina contingent, with roots in Charleston and The University of South Carolina.  And while we love us some Cocks, it’s her background in the event industry that really got us excited.  Kaye’s experience runs the gamut from premiere parties for MTV Networks and Google, to project managing for New York Wine and Food Festival and Uber.   She’s worked with numerous event and design companies, including Level Productions, Concentric Communications, MKG Productions, and David Stark Design.  Kaye’s our gal that makes sure everything gets done properly, on-time and at budget.  And while she’s got a thing for fortune tellers, she never leaves anything to chance.

Frank Oliva, Associate Designer – Many years ago, Frankie built himself a raft and sailed from Cuba to Miami, where he developed a love for Gloria Estefan. Years later, he traveled to New York City, where he attended NYU and got kidnapped by Lex to be his Associate Scenic Designer. Only some of this is true. Frankie is certainly our in-house Cubano, which explains his penchant for Rum, Habanera, and inflatable rafts…and he’s as tasty as a ham sandwich. His knowledge of Miami Sound Machine is almost as impressive as his body of work, which includes production design for theatre, film and opera across the country and in far off places like Amsterdam, where the grass is always greener. Whether it’s making our design packages smarter and prettier, or braving a blizzard to save the day, Frankie gets it done.

David Moyer, Associate Designer – The first project David ever worked on with Lex, Lex’s brain exploded and David put all the little brain pieces together and created something beautiful. Since that time, David has often made sense of scattered brain parts. A celebrated costume designer, David has a Masters’ from CalArts, has worked all over the country on multiple types of projects, has an affinity for purple wigs, and is the proud owner of a glorious beard that glows in the light. For some reason, they let him teach kids at Sarah Lawrence College, in the hopes that he will train future designers in the magic ways of making beauty out of brain explosions. We just hope he bestows upon them the ability to drink anything with a percentage…and his skills to design fabulous frocks. Oh, and he’s dressed Cher. CHER. 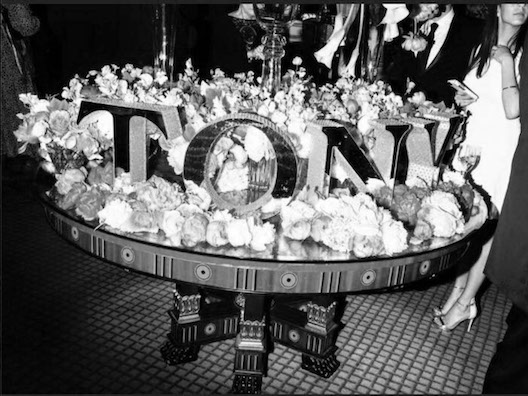 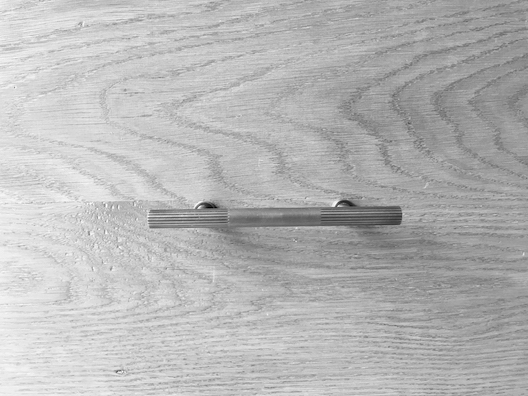 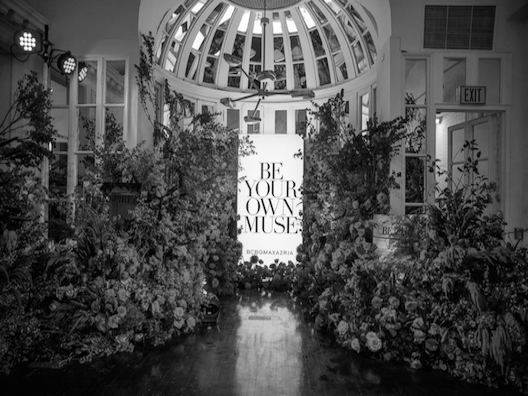 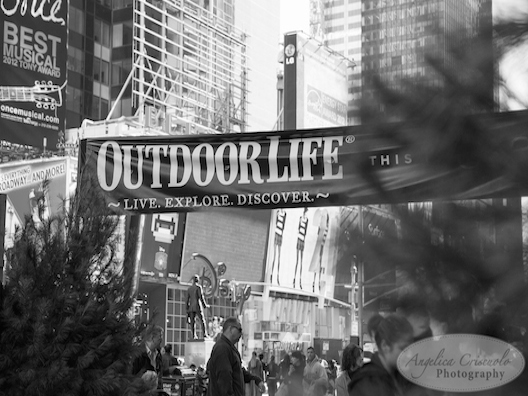 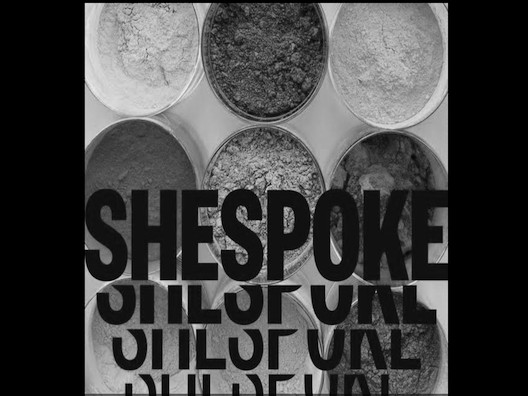 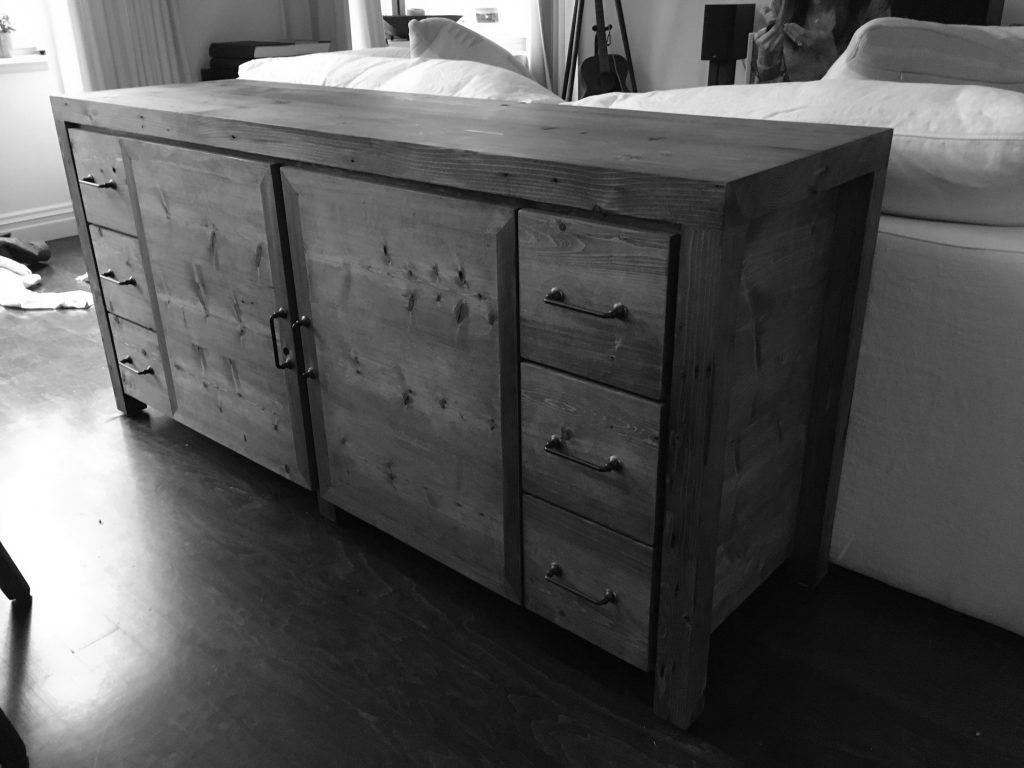 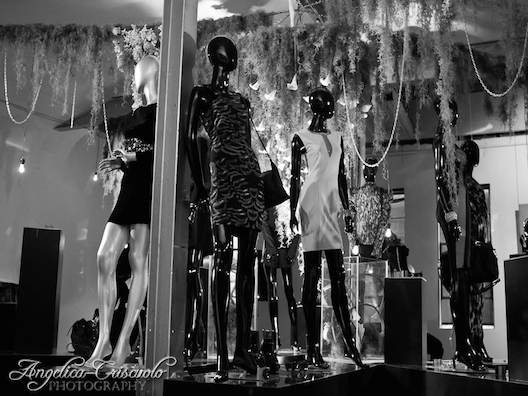 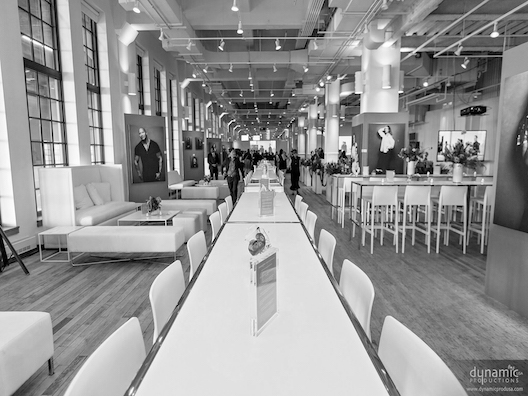 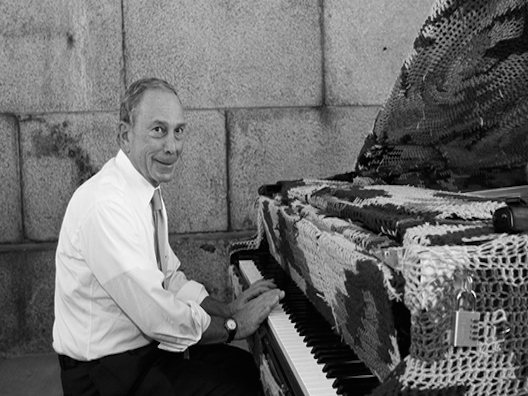 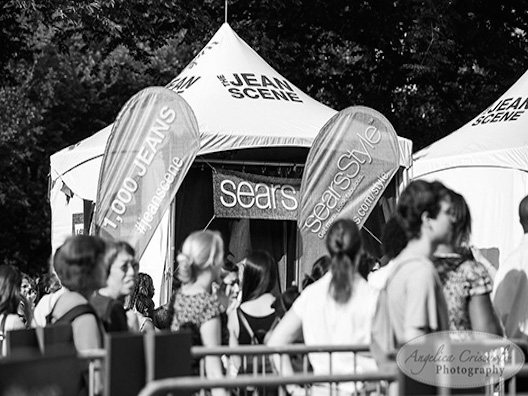 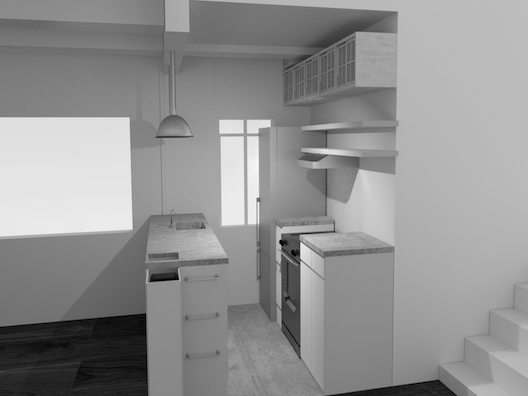 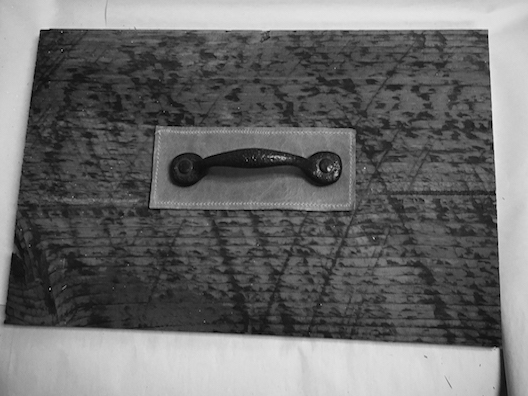 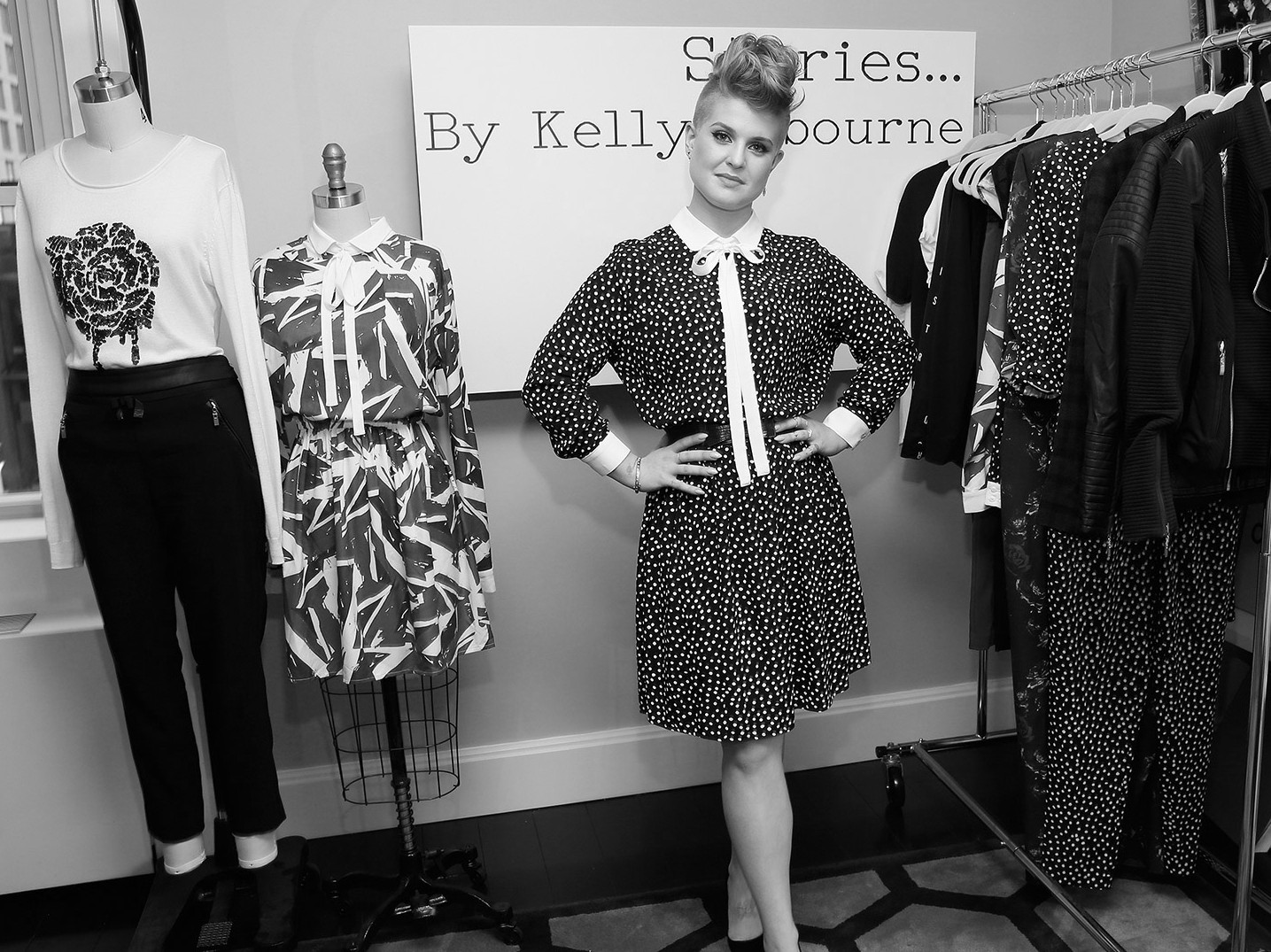 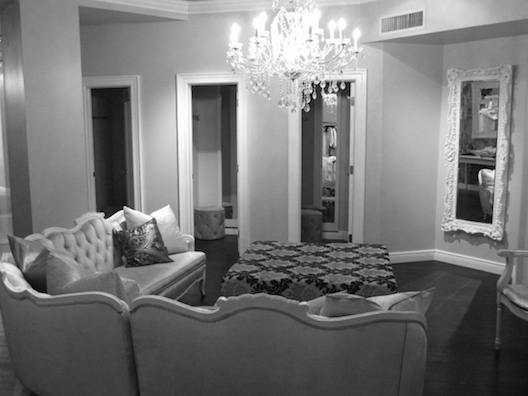 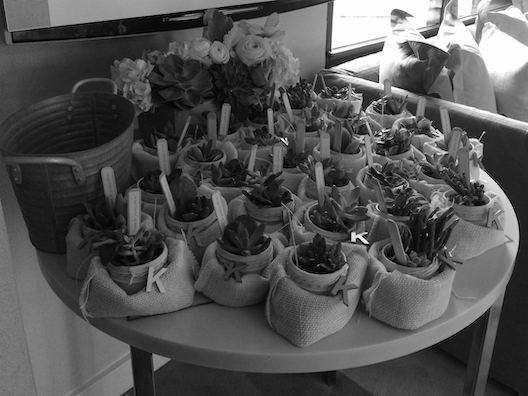 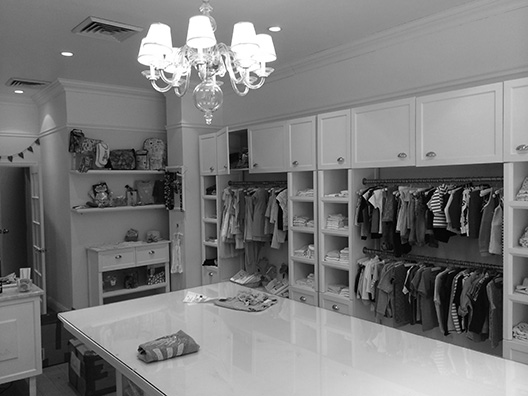 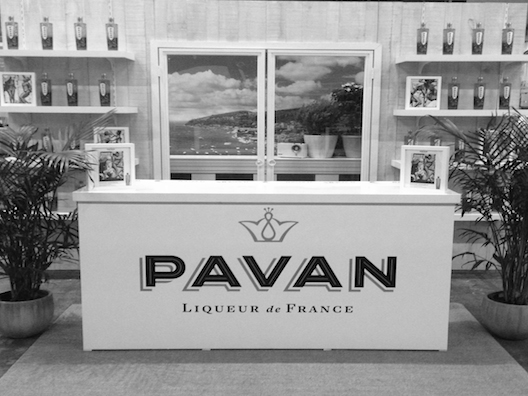 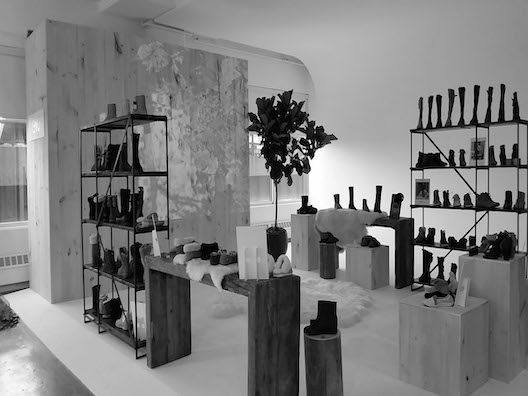 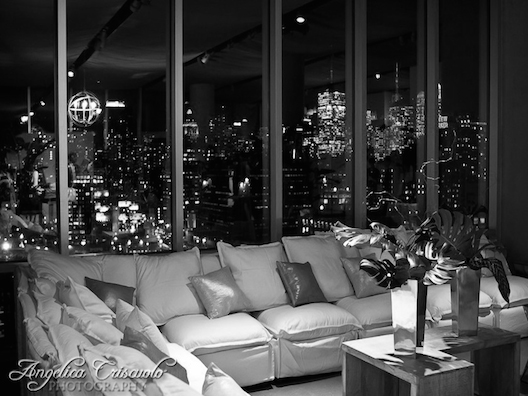 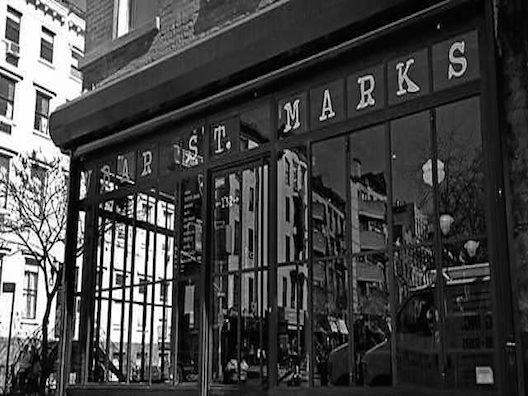 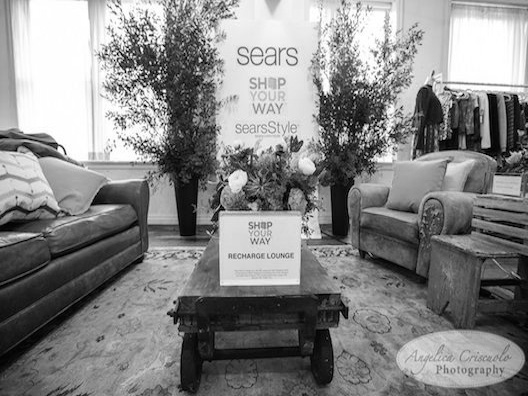